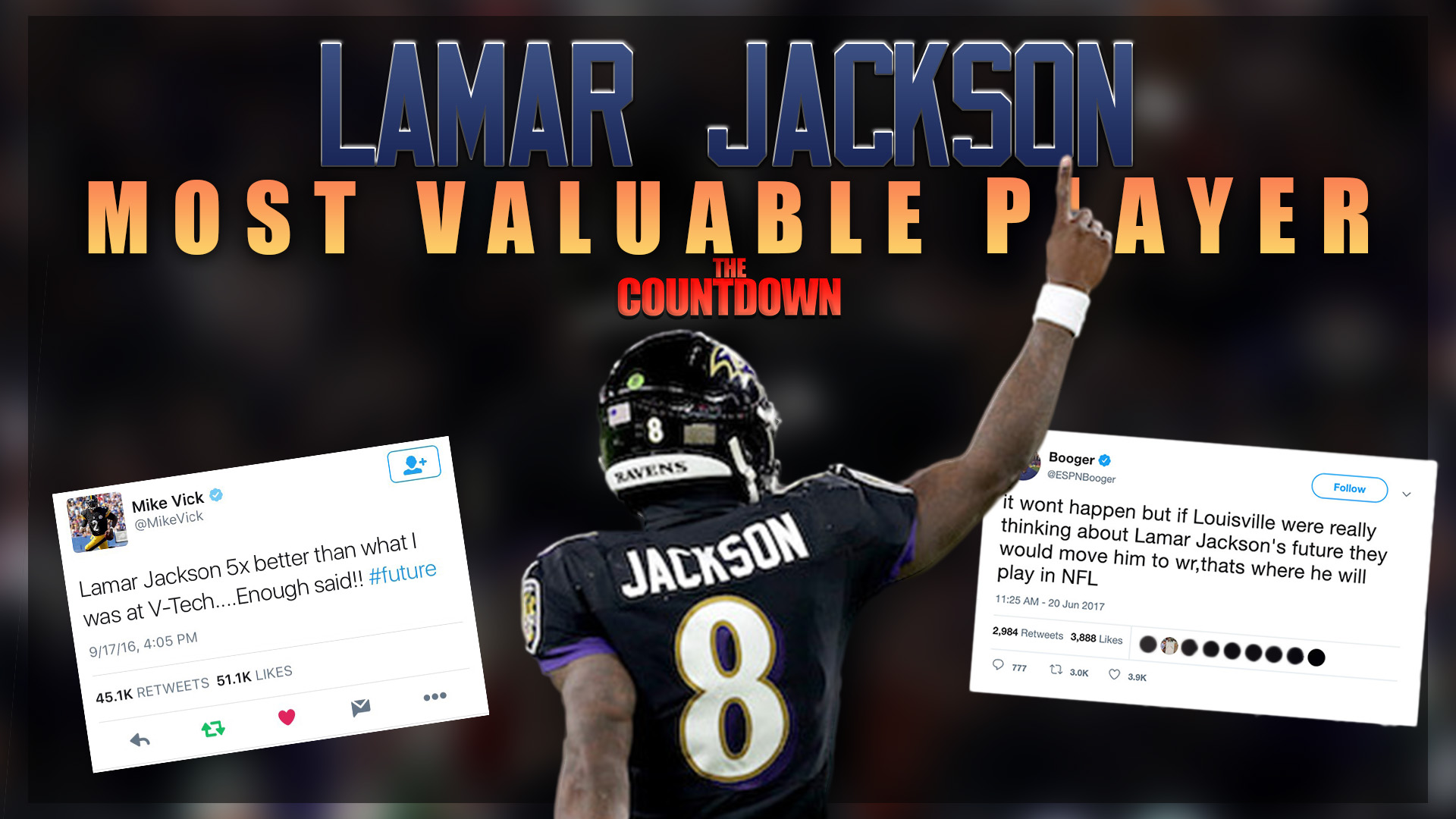 Now I’m going to be subtle here and say that quarterbacks like Lamar Jackson don’t fit the mold of your typical nfl quarterbacks because hes “mobile” or dual threat. We call that, “RED SIX, RED SIX” Because mobility is a bad thing right guys?

Steve Young scampers for 59 yards and we play it in a highlight reel, but when we evaluate talent, there’s a red flag. Quarterbacks being able to escape pressure is a good thing, because the guys coming off the edge at 6’5 299 lbs run a 4.3 40, and they just might be able to beat your offensive lineman, so ya know, having somebody who can move freely in the pocket, and extend plays is kinda nice. Right? Cuz when Ben Rothelisberger does it, it’s amazing.

The “dual threat quarterback” isn’t a new thing at all, but there is this stigma surrounding them. In the early days of football, Pro-Style offenses we’re developed to be much more complicated than those in college or high school. With those offenses, you can win, by taking your best athletes and getting them the ball. In the NFL, that’s not as effective. So, offenses had to evolve.

Which is a big part of the problem, traditional coaches not embracing the athletes they have today. Instead of making the game easier on their quarterbacks, they’re trying to jam a square peg into a round hole.

In the 1950s, Tobin Rote could be considered the first dual threat quarterback, led the Packers in rushing for 3 seasons Fran Tarkenton, who wrote of his NFL career,

“When I began my nfl career in 1961, I was a freak. The reason was simple: I played quarterback and I ran. There were no designed runs in our playbook, but I would scramble out of the pocket when a play broke down.” “It was not a skill set that was embraced. Plenty of people mocked it and the rest written it off”.

Randall Cunningham and Steve Young would come next and we speak about their career paths differently. Steve Young is a hall of famer. He’s on tv, we saw the highlights, and he gets the adjulation he deserves, and for good reason! He was a great successor to Joe Montana and if it weren’t for concussions, he’d have an even more impressive resume.

Randall Cunningham was the first African American quarterback to start the pro bowl, after his amazing 1988 season. He was a four time all pro He revolutionized the game of football, yet, he is not in the hall. He didn’t win a Super Bowl. I don’t even think he gets mentioned much anymore.

Michael Vick revolutionized the game, and tho he isn’t a hall of famer statistically, what he did in his career was legendary. In the early 2000s, Michael Vick was being deemed Quarterback of the future. But due to injuries and his legal problems, he won’t get the praise he deserves.

He did the crime. He did his time. Let it go.

The game refuses to evolve. The Lamar Jackson doubters still live and die by this stigma that “dual threat quarterbacks” are bad for football. “How long will their bodies hold up” “Will they ever learn to be pocket passers” “Can they lead a team” It’s all because of their “mobility”. The leash is smaller for these mobile quarterbacks. They aren’t allowed to fail, or grow in a system that suits them. They’re forced into a pro style offense, where coaches don’t adjust to the personnel they have, and are forced out of the league before they know what hits them, and even if they do succeed, all of their success would be belittled or dismissed.

Lamar Jackson has had one of the best quarterback seasons we’ve ever watched. No, he didn’t throw for over 50 touchdowns in a season, he didn’t throw for 5,000 yards, and he didn’t go undefeated. What he did do was: Throw for 3,127 yards while throwing 36 touchdowns And completing 66% of his passes He broke Michael Vick’s rushing record while scoring seven touchdowns on the ground Posted two games with a perfect passer rating Lead his team to a division title. In week 10, he went crazy against the Bengals He went 15 out of 17 For 223 yards 3 touchdowns While also rushing for 65 yards and 1 touchdown. He’s thrown for 5 touchdowns three times and will finish this season with a quarterback rating of 113.34

“Move them to wide receiver” is no longer a viable answer for mobile quarterbacks and the skill set they bring.